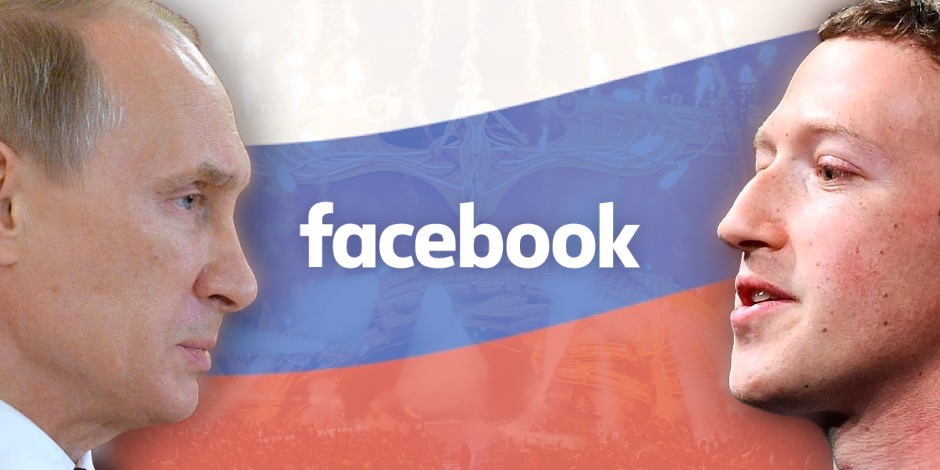 In a second and special The Promotion Fix column in The Drum today, I look at Robert Mueller’s indictments and discuss what it means for the future of social media and the high-tech world:

Well, Mark, you moved fast and broke things. Now, how are you going to fix it?

On Friday, Robert Mueller, the special counsel who is investigating the alleged Russian interference in the 2016 US presidential election that unexpectedly resulted in President Donald Trump, announced that a grand jury had indicted 13 Russian nationals and three Russian firms for charges including conspiracy to defraud the United States.

The BBC has the full text of the indictment, which is unprecedented in its identification of social media networks — primarily Facebook and Instagram — as the primary mediums involved and its detailed explanation of how they were reportedly used.

I have gone through the indictment and will list the significant parts here:

“The ‘organization’s’ strategy included interfering with the 2016 U.S. presidential election, with the stated goal of ‘spread[ing] distrust towards the candidates and the political system in general”

“Defendants and their co-conspirators, through fraud and deceit, created hundreds of social media accounts and used them to develop certain fictitious U.S. personas into ‘leader[s] of public opinion’ in the United States”

“Defendants and their co-conspirators also created thematic group pages on social media sites, particularly on the social media platforms Facebook and Instagram… By 2016, the size of many ‘organization’-controlled groups had grown to hundreds of thousands of online followers”

“Defendants and their co-conspirators also created and controlled numerous Twitter accounts designed to appear as if U.S. personas or groups controlled them”

“Defendants and their co-conspirators tracked the performance of content they posted over social media. They tracked the size of the online U.S. audiences reached through posts, different types of engagement with the posts (such as likes, comments, and reports), changes in audience size, and other metrics”

“Defendants and their co-conspirators connected from Russia to the U.S.-based infrastructure by way of these VPNs and conducted activity inside the United States—including accessing online social media accounts, opening new accounts, and communicating with real U.S. persons—while masking the Russian origin and control of the activity”

“Defendants and their co-conspirators also used, possessed, and transferred, without lawful authority, the social security numbers and dates of birth of real U.S. persons without those persons’ knowledge or consent. Using these means of identification, Defendants and their co-conspirators opened accounts at PayPal, a digital payment service provider; created false means of identification, including fake drivers’ licenses; and posted on ‘organization’-controlled social media accounts using the identities of these U.S. victims”

“Defendants and their co-conspirators used their fictitious online personas to interfere with the 2016 U.S. presidential election. They engaged in operations primarily intended to communicate derogatory information about Hillary Clinton, to denigrate other candidates such as Ted Cruz and Marco Rubio, and to support Bernie Sanders and then-candidate Donald Trump”

“Defendants and their co-conspirators internally circulated an outline of themes for future content to be posted to ‘organization’-controlled social media accounts. Specialists were instructed to post content that focused on ‘politics in the USA’ and to ‘use any opportunity to criticize Hillary and the rest (except Sanders and Trump—we support them)’”

“Defendants and their co-conspirators used the ‘organization’-controlled Instagram account ‘Woke Blacks’ to post the following message: ‘[A] particular hpe and hatred for Trump is misleading the people and forcing Blacks to vote Killary. We cannot resort to the lesser of two devils. Then we’d surely be better off without voting at all’”

“Defendants and their co-conspirators, while concealing their Russian identities and organization affiliation through false personas, began to produce, purchase, and post adverts on U.S. social media and other online sites expressly advocating for the election of then-candidate Trump or expressly opposing Clinton”

“Defendants and their co-conspirators deleted and destroyed data, including emails, social media accounts, and other evidence of their activities.”

In summary, it is a perfect example of a well-executed digital marketing campaign — albeit one for a nefarious purpose.

A disruption of democracy

The tech industry believes it is good to “disrupt” the world — it is even the name of the conferences held by TechCrunch — because causing massive global unrest and social anxiety is supposedly commendable. But it is much easier to destroy something than build something.

As a result, that world has never understood the lesson of Jurassic Park. They have been so preoccupied with whether they could that they did not think if they should. The young geeks obsess over new technologies but are too naive to think about the large-scale, societal implications. The middle-aged venture capitalists want to be Scrooge McDuck and dive into the new piles of money that they are adding to their existing piles of money.

To them, it’s all a game. Meanwhile, the world is burning. The Russian government, in my opinion, has reportedly been manufacturing internal strife and fragmentation to destabilize other countries in pursuit of its geopolitical objectives. Brexit as well as Spain and Catalonia have been the most successful examples besides the 2016 US presidential election. Social media — mainly through Facebook and Instagram — have been the methods.

Read the rest in The Drum!

Or Submit the Form Below

I’d love to hear from you